Goal-setting for seniors and caregivers

Happy New Year to everyone!

Although I’m not a huge fan of making resolutions, I do like to reflect on the past year and think about a few possible goals for the year ahead.

My biggest need and want is finding more time for me.

Yes, it is very cliché not to mention a rather “loosey goosey” goal.

Definitely not a SMART goal! By SMART goal, I don’t mean clever; rather the mnemonic meaning: Specific; Measurable; Assignable; Realistic; and Time-related.

My personal opinion is that goal-setting is probably one of the most difficult things in life.

Like many human beings, I am overambitious and overconfident in my ability to meet my goals. Despite many failed attempts, it never detracts from setting my sights high as I’m a huge believer in goal setting. I’m still learning to be realistic!

It is equally important for seniors and those caring for them to set goals that support independence, functionality and enjoyment of living.

Before we even bring life to the mnemonic above and how it applies to us personally, let’s take one giant step back and ask:

“Why do we even need to set goals as seniors and/or as a caregiver?”

I always love a good story to bring a point to life. Don’t you?

Mr. Tinsel called me one day and left a generic message stating he really needed to move but he didn’t want to and could I help him? When I had a chance to meet Mr. Tinsel, he immediately began to express his problems and needs as they related to an impending move from his home.

As his story started to unfold, Mr. Tinsel made two key statements — yesterday marked the one-year anniversary of the death of his wife and he recently received devastating news of losing his driving licence due to a marked change in his vision.

We started exploring how both of these important events were leading Mr. Tinsel to believe he needed to move.

Despite Mr. Tinsel’s reluctance to “talk turkey,” the more questions I asked, the more it seemed he had certain demands that he couldn’t personally meet due to some barriers, including decreased family support, not knowing where to go for help, lack of transportation, not knowing his neighbours very well.

When I asked if he wanted to move, Mr. Tinsel was very quick to answer, “No.” He just couldn’t see any other way.

Using a few handy tools, the first step was to develop a “laundry list” of problems. Once we had taken stock and produced a list of Mr. Tinsel’s needs, we looked at what he needed to stay in his home in a positive way.

We didn’t want him to stay for the sake of staying.

As we shifted from understanding Mr. Tinsel’s situation to implementing the decision to stay in his home, our next step was prioritizing his needs.

Do you think Mr. Tinsel reached his goals? Find out in my next column…

Wendy Johnstone is a gerontologist and is the founder of Keystone Eldercare Planning. Her column runs in the Comox Valley Record every second Friday. 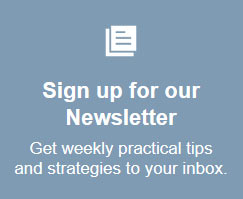 Watch for the Signs

“You are amazing! What I tried to do in 2 months, you did in 1 week. You’ve helped us navigate the system, made sense of Mom’s disease, and gave back her independence and control. Thank you for making such a difference in Mom’s life and giving us, her family, complete peace of mind.”

This website is designed for the exclusive use of Keystone Eldercare Solutions. Copyright 2016. All rights reserved.